ENROL FOR THIS COURSE NOW!

WHAT’S IN IT FOR YOU

The course takes a practical approach to illustrating core concepts of the Android programming language. All concepts are illustrated by a step-by-step coding video which shows how an app is created in real time. A simple app called the GetTogether App is used as an example to explain everything right from UI to Data persistence with respect to Android Application Development. At the end of the course, you have the GetTogether app created by your own self which is a major confidence booster for a beginner. You will be able to learn the following  :

WHO AM I AND WHY SHOULD YOU LISTEN TO ME

After having spent more than 20 years as an Employee, Entrepreneur and Consultant in the Digital Startup industry I saw the journey and the challenges faced during it.  I have created some Android Apps myself and also led teams in CMM Level 5 companies to create Android Apps for their niche products

ENROL FOR THIS COURSE NOW!

Check out Learn Android Wear Development – A hands-on course to learn how to develop Android Applications for the Smart Watch. Smart watches are the in-thing now after phones. They eliminate the need to carry your phone around for your various app activities. Its all there on your watch which is there on your hand all the time.

A Fixed Deposit notification app is created step-by-step along the course. You will create it yourself too alongside as you learn and you can showcase it as your work! 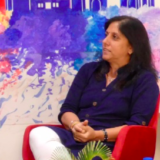